In one way or another, the last 25 years of my life have been spent in the study of the mind – learning why people respond in the way that they do to life’s many situations, and how to address the responses that make them unhappy. I started this process in my late teens after a realisation that my personal thoughts were many times based on fear and that these thoughts were a result of what I had learnt previously as a child. Ultimately, I realised that these beliefs and fears could be changed for the better.

By the time I turned twenty two, I had an overwhelming desire to understand what made me tick. I began to spend my free time meditating and looking inward, trying to find the parts of my mind that needed to be addressed and in the process, let go of whatever fear or fear based emotions (anger, guilt, shame etc) that I found.

At age twenty five, I travelled to the United Kingdom where I met my spiritual teacher from whom I learnt the ancient Indian study of Raja Yoga. This in turn was followed by Jnana Yoga and the practice of Self-Enquiry.

I later travelled to India (and did so on many occasions), spending much of my time in the ashram of Sri Ramana Maharshi in the Indian state of Tamil Nadu.

I have also studied and become a practitioner of Body Alignment Technique (now called ‘Life Alignment’).

In 2013 I began an intensive personal study of EFT and from there evolved the process I named ‘YouTapping’.

For me, the journey continues. I am lucky to have finally achieved some level of peace and happiness and continue to practice in the study of The Gentle Mind. 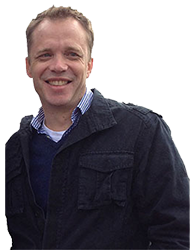